A community doesn't come together overnight. It takes a village working together even though they may not realize it. I believe I am in a unique position to identify those people and give them a bit of much deserved credit.

Bicycles, it’s something that almost every kid can relate to. We all had experiences of growing up, either riding down the street to a friends house or building jumps in the driveway with that piece of plywood your dad had in the garage. Some of us have the scars and memories of how the bicycle shaped us. Bicycles have played an intricate part of my life and I was one of the lucky ones that never lost the relationship with my bicycle. I grew up riding, racing, and loving bikes. It’s a rich part of my history and hopefully the legacy I someday leave behind. 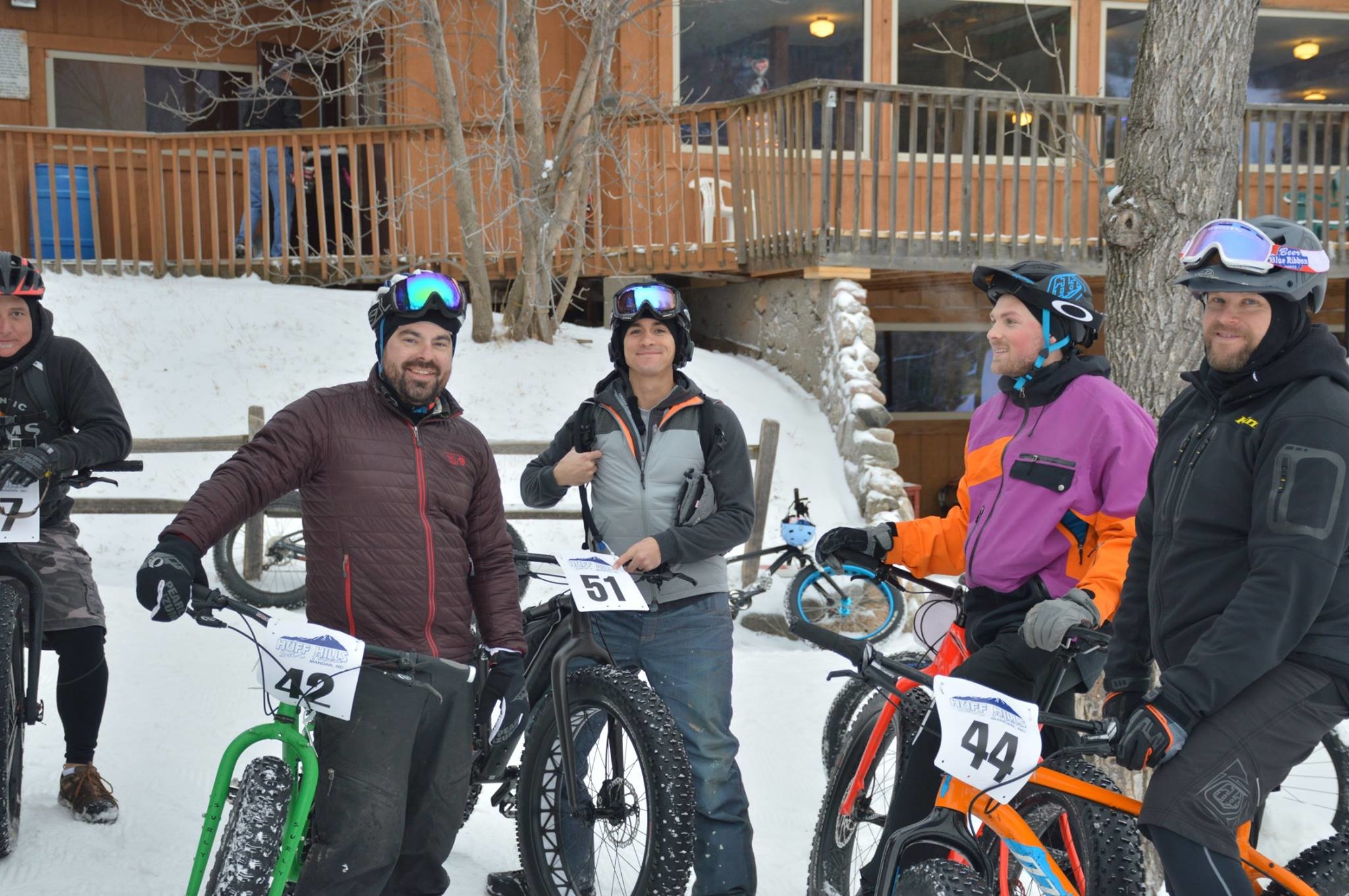 Growing up in the 90’s was definitely a joyous time, seriously. I am thankful for it. I experienced things like Y2K, the first generations of cell phones, dial up internet, and the end of the mullet era. The Bis-Man cycling community had similar historic events for me and I was one of the lucky ones, if not the only lucky one of my time to enjoy this. Growing up mountain bike racing in the area, I rarely had kids to race my own age, but at the time that really didn't matter to me. I enjoyed watching the expert class guys like John Goeddertz, Mike Fitzgerald, and Alex Felderman at mountain bike races way more than even racing myself. It fueled a passion in me to compete at that level someday. Even then, I was always excited to ride group rides with some of these folks. It was like Christmas came multiple times in the summer. My life for part of the year revolved around bikes. My father and I’s weekends consisted of riding or trail work and to this day makes me appreciate more of the trails in my own backyard. 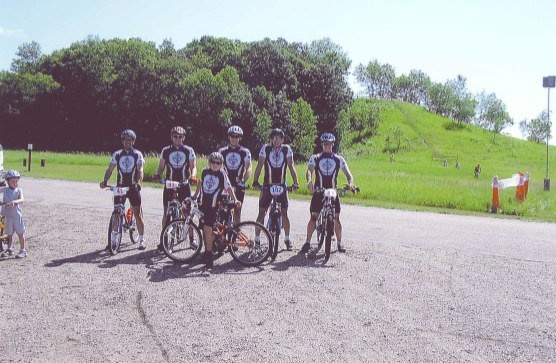 Bismarck & Mandan has a thriving cycling community. Not only do we have half a dozen trails within the cities and a bike path network to get you there, but we have weekly group rides and races every month from May to September. During the mid 2000s this wasn't the case. The cycling community took a downward trend and not only did we see many of our cycling “groups” disband, but we lost trails within the Bis-Man community. So who and how did it get brought back? Well I don’t think we can give that award to just a few people, but I want to point out and accredit some main influencers and history that I have seen help bring our cycling community back. 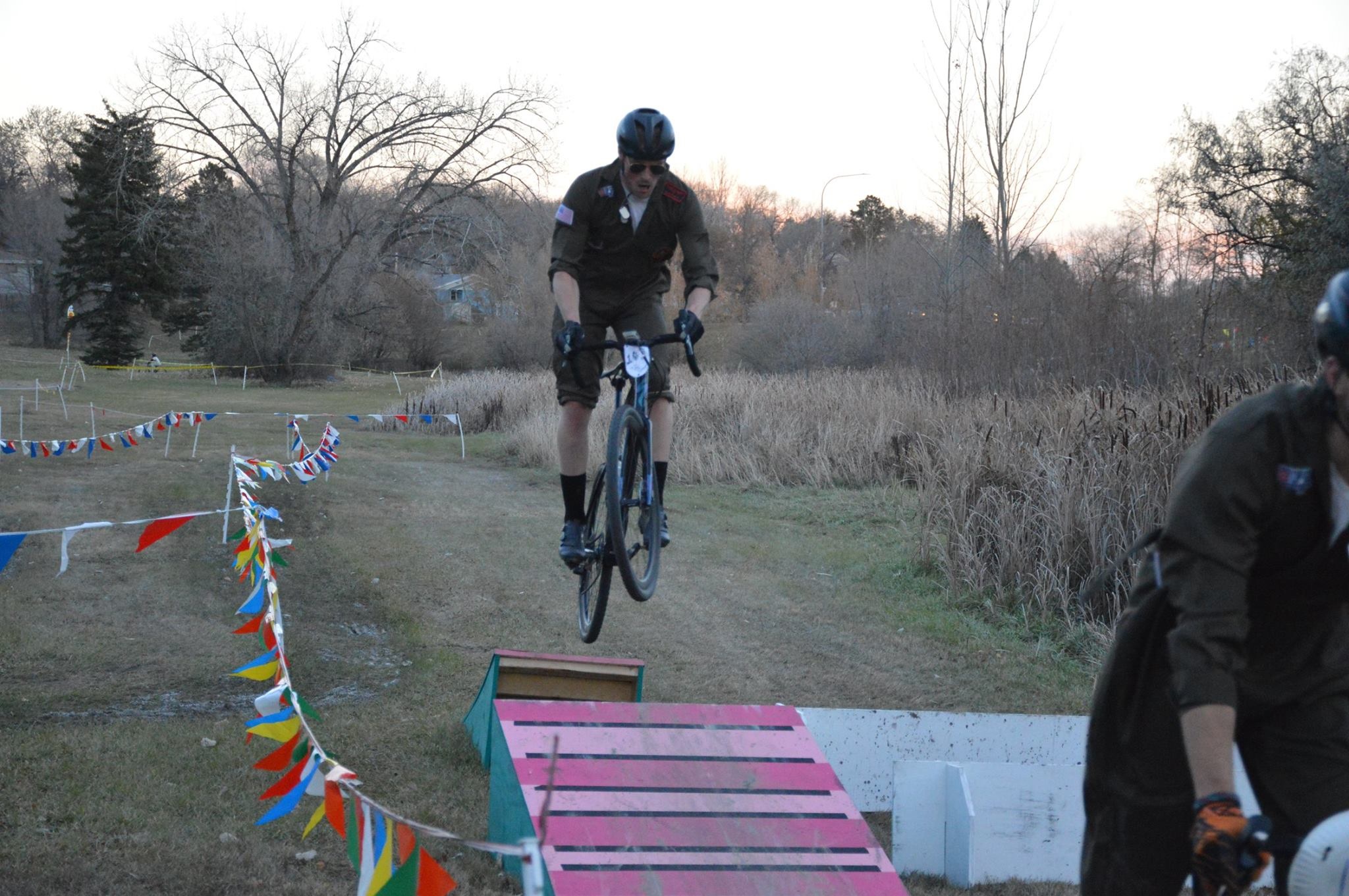 If you have spent any time in the Bis-Man cycling community, I can about guarantee you have heard of the Burleigh County Bicycle Cult or BCBC for short. The group was formed by two avid bike junkies, Ian Easton and Tyler Huber. If you're lucky enough to sit down with these two, you immediately feel the bond they have, similar to a more mature version of Step Brothers. These two know how to have a good time and throw on some of the raddest races around, all for little to no expense to the racers. Ian and Tyler really embraced the gravel cycling trend when it was starting a number of years ago. Of it, birthed North Dakota’s first gravel race called the Burleigh County Cup. This race takes place north of Bismarck with a 75 and 30 mile option. As a racer myself and being lucky enough to experience races across the country, the BCC has an atmosphere I don’t think you can replicate. It’s a race and people are competitive, but always feels more like a group ride with your buddies and you finish with a giant barbeque. It’s an atmosphere I almost can’t explain, but Ian and Tyler have done a phenomenal job. They assure they keep that same atmosphere year after year with a race cap at 150. So if you're looking for a race on Mother's Day weekend, make sure to head over to their Facebook page and get the details. Not only do these dudes throw on a good gravel race, but they are also the director(s) of the Bis-Man mountain bike and cyclocross series. These race series run through the whole summer and into the fall offering a race every 2 weeks and making stops at every trail venue we have in the Bis-Man area. It has substantially grown our cycling and brought our community closer together. Kudos to the work of these two dudes. 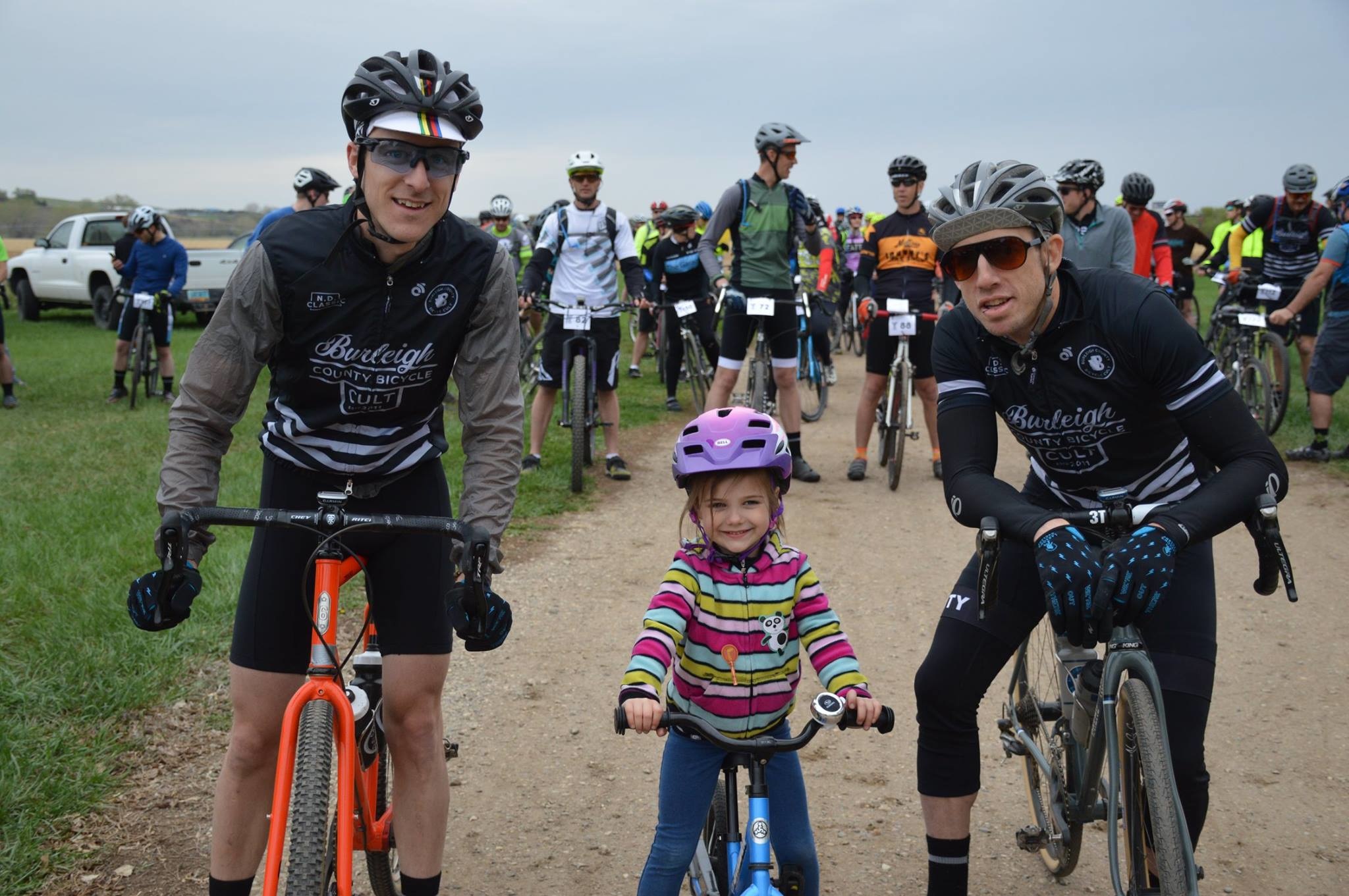 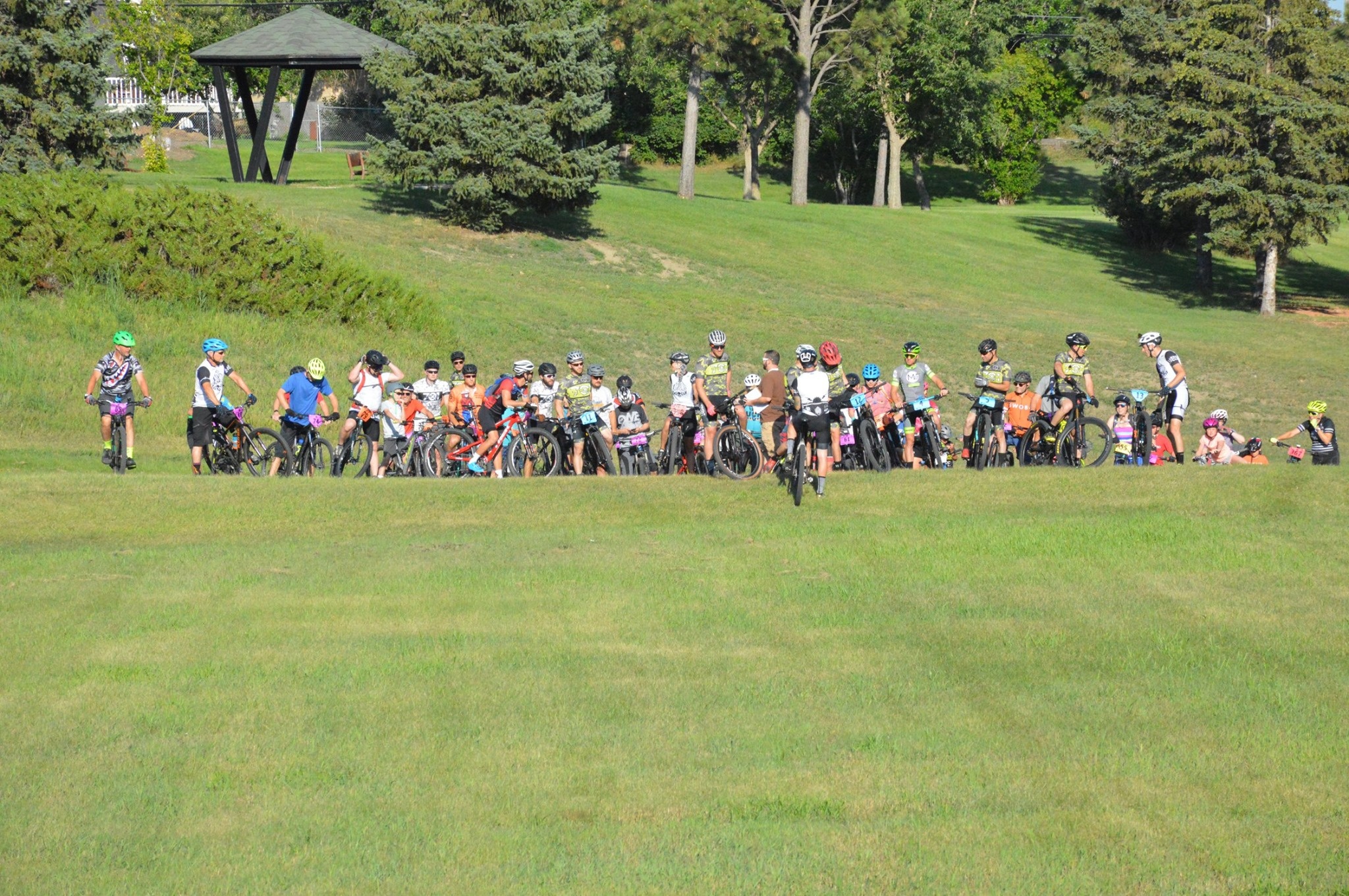 I think every cycling community is always looking for more places to ride their bikes. Who doesn't want more options? Not only does that expand the system, but also gives more opportunity to help grow our community. Harmon lake is received as the states best mountain bike trail. Now opinions will always vary on this, but I can make that statement not even based on my own opinion but trail ranking sites like Singletracks, Trail-Forks, and Mountain Bike Project. It is a phenomenal venue that offers now, as of 2020 just shy of 20 miles of trail in a single loop and we can thank this all to a sole person, Mr.Jamie Wetsch. Jamie is the brainchild behind everything that is the Harmon Lake trail. Without him none of it would exist. If you spend any time with Jamie you can feel that the trail is a labor of love for him. Jamie puts tons of personal time and effort into not only the physical maintenance of the trail, but countless hours writing grants and sitting in meetings to form and continue expansion of the trail. The trail has led to countless new events and on just about any given weekend there is no shortage of people taking advantage of the trail. 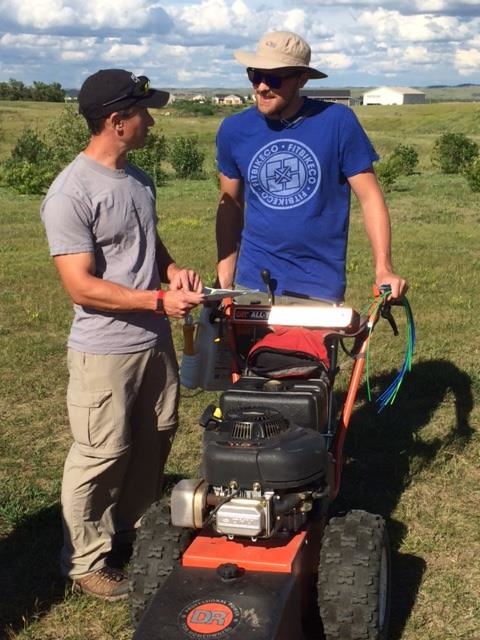 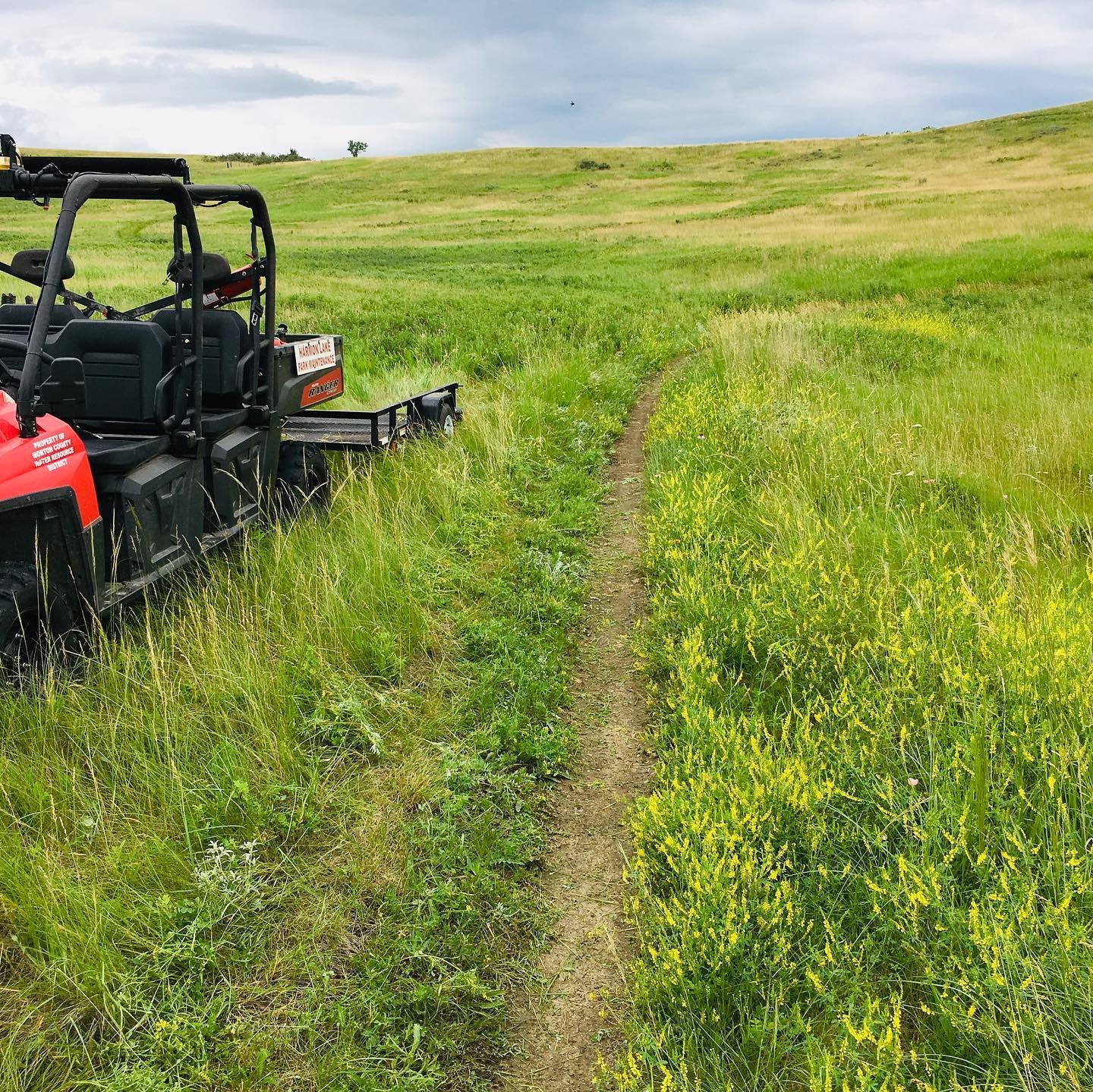 Every state has gems, whether it’s a landmark, building, or geographical features. North Dakota definitely has gems throughout the state, but I can think of few to the magnitude of the Maah Daah Hey trail. I first rode the Maah Daah Hey back in 2008 with my dad and his buddies. We had all been racing 50 mile races across multiple states, so we didn't think this should be any tall task. I had always heard about the amazing terrain of the MDH, but just never had a true inkling to ride it. Back in 2008 the trail was un-maintained, but it is “said” that you can see a MDH landmark post to post to guide you the entire trail. I will debate that. That day in a nutshell was an experience from hell. Overgrown/eroided trail, blistering heat, cold, and even a thunderstorm with hail came through on us. By the end we had to get picked up after 10 hours making it only 25 miles and this seemed to be similar experiences for multiple people I talked to. Years later, one man had the passion and drive to revive the trail. Nick Ybarra started his quest to save the MDH and turn people’s experiences on the MDH back into a positive one. Every year Nick performs maintenance and grooms a majority of the trail with a crew of volunteers, bringing back its ridablility and sustainability so all can enjoy the beautiful scenery it has to offer. By no means is this a small task. Over 100 miles gets well groomed year after year with nothing more than a few walk behind brush mower and some hand tools, but Nick doesn't stop there. Nick and his wife Lindsey host a half dozen events allowing you to experience the MDH. It has definitely played a part in our community by becoming a sought after bucklist goal to ride the iconic trail. If your wanting to join the cause head over to experienceland.org! 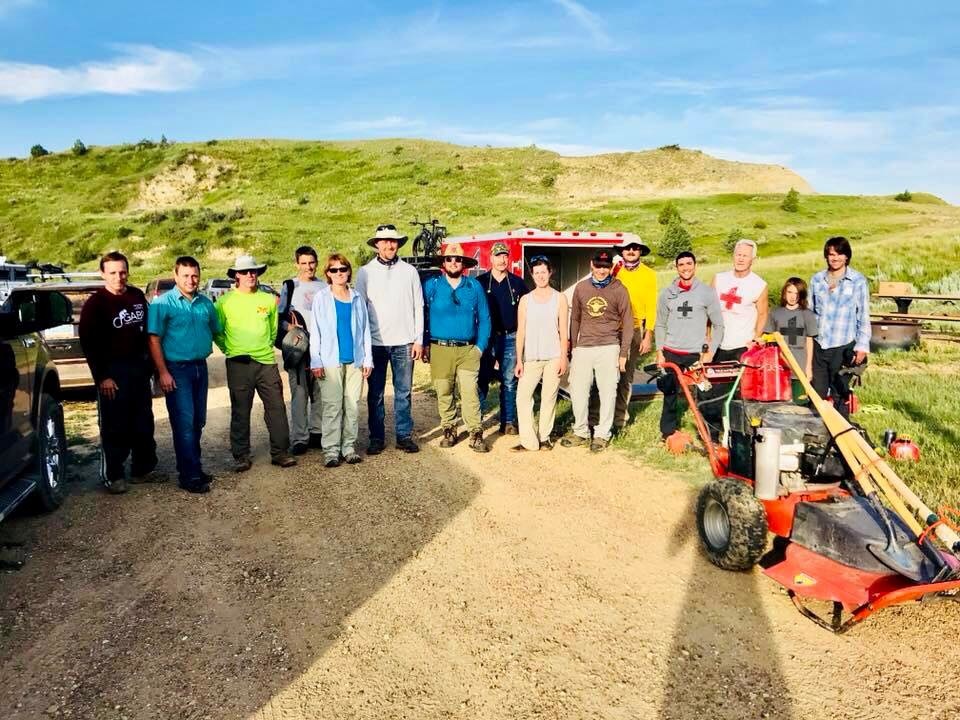 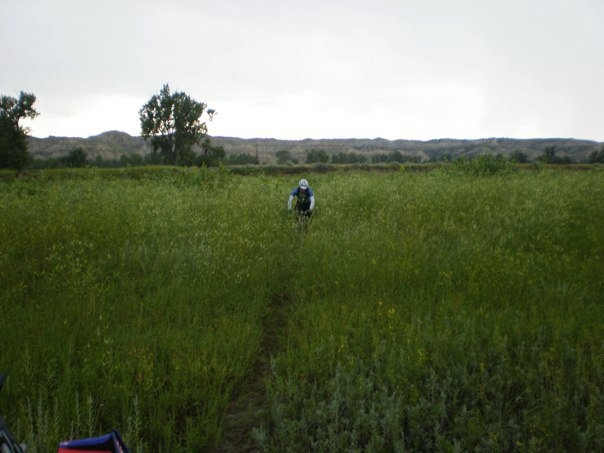 My final influencer to help grow the Bis-Man cycling community isn’t a native to our area. I actually met him about 8 years ago when he moved here. Marvin Lein has and continues to grow our opposite riding discipline. Road is a less common discipline to its counterpart mountain biking due to the fact that our roads aren’t great and it has more uncontrollable risk, nevertheless Marvin has grown the community of road cyclists into an impressive amount. Marvin heads up not one, but three group road rides on any given week in the summer. He has given multiple people the opportunity to join our sport and meet new cycling connections. The growth is fantastic to see and his weekly emails about the group rides are always comical. 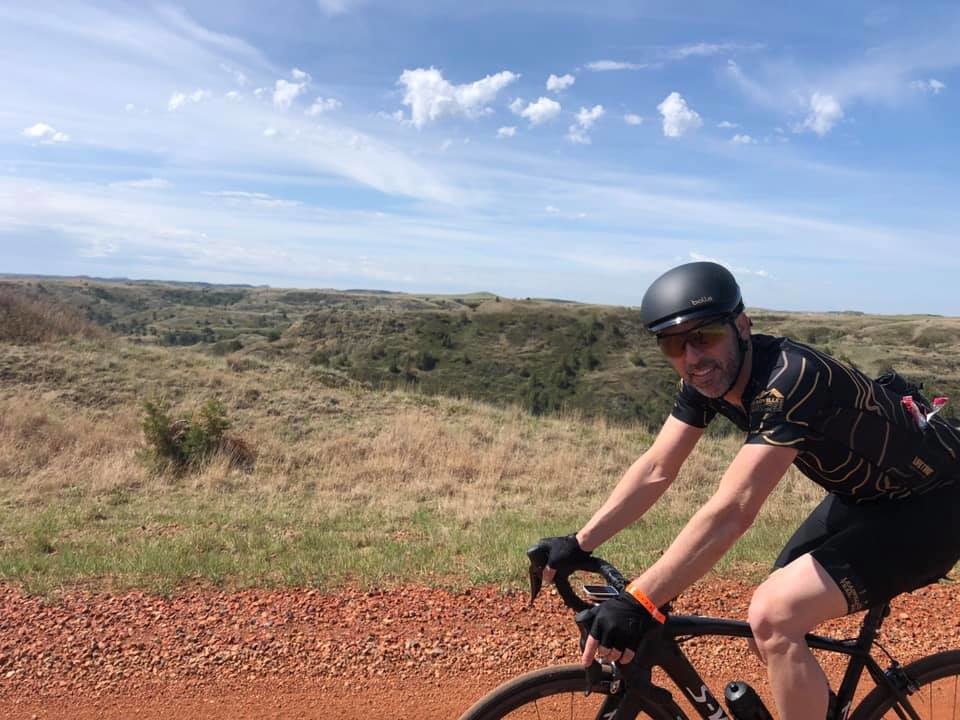 (I could have picked any number of pictures... but Marvin on a road bike riding gravel just fit!)

The Bis-Man cycling scene is great to watch grow and I am ecstatic to see where it will be years from now. All of these rad people do it for the love of the sport. I would like to thank each one of them for their countless efforts, most of which go unseen. Here’s to a great 2020 and long live the Bis-Man cycling community!

Special thanks to Terry Easton for a majority of the awesome photos!